PandaMom
@Pandamom
Building and watercooling computers, listening to music, writing and being a furry 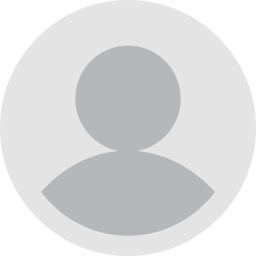 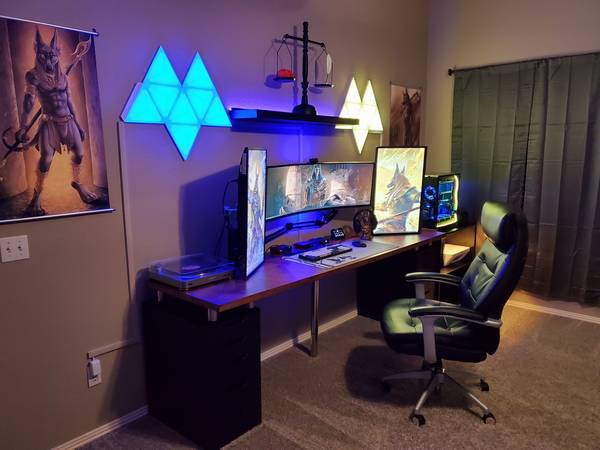 Whenever I make a setup I tend to follow a theme and for this one I decided to do an Anubis theme. I was always interested in Egyptian Mythology and I decided to include the myth of him weighing someone's heart, which symbolizes the soul, against the Feather of Ma'at, or the feather of truth. The wall panels I found at Walmart and I fell in love with them, I decided to get them instead of NanoLeaf panels because I like to try different products. I had the wall scrolls for a couple of years and I figured that they'd look perfect on either side of my setup. The cable management was a bit of a nightmare because for some reason I decided to buy 10 ft long cables for almost everything, however I think I did the best I could. The monitors I have had in my previous setups and I wrapped the bottom (right side) of the right monitor to make them look similar. The two side monitors I actually use mainly for my messaging apps, Discord and Telegram, however if I am gaming I can throw Youtube on the right one. Now lets get to the meat of my setup, my computer Anubis. Anubis is a custom build gaming computer with a custom watercooling loop. 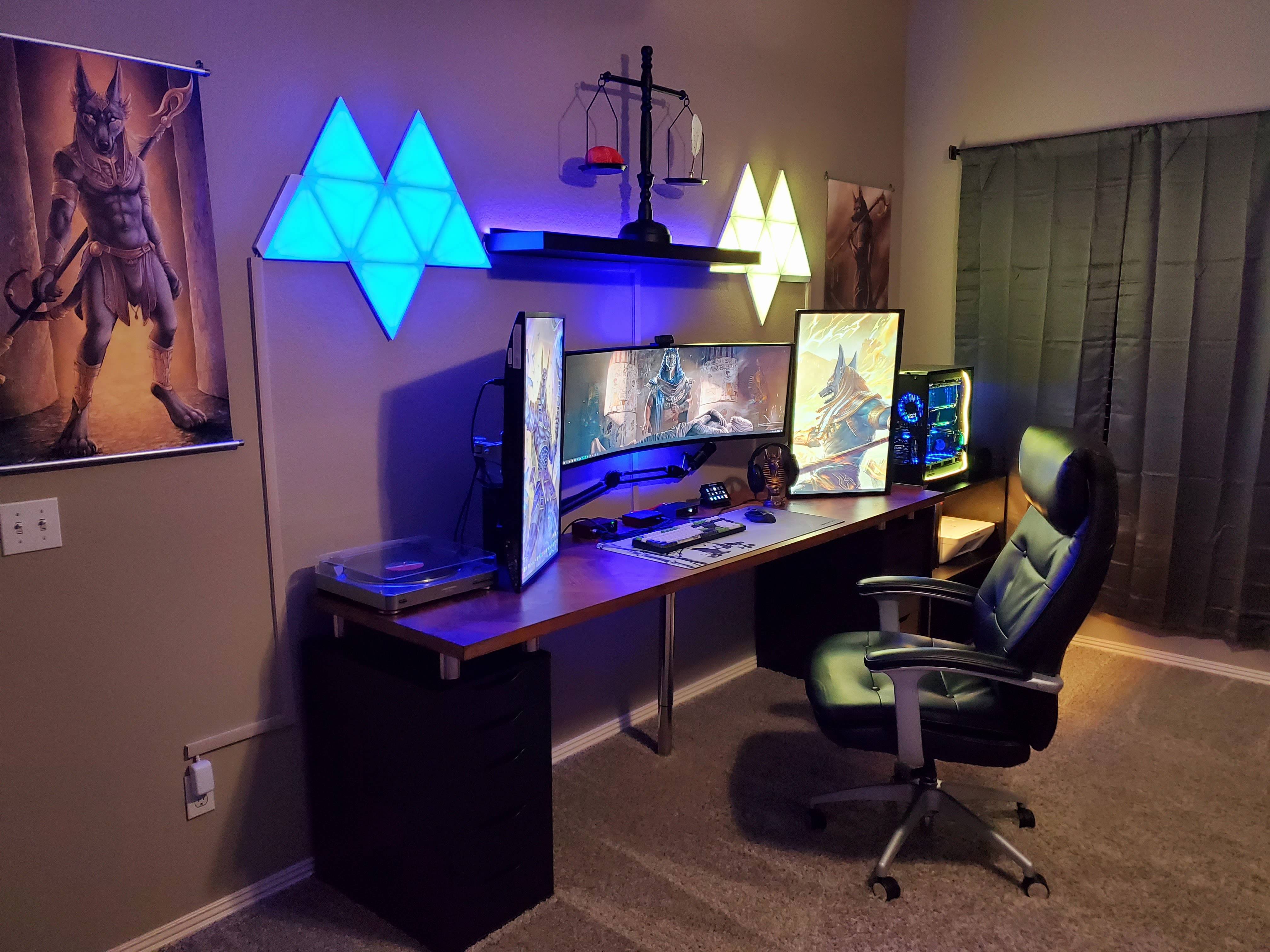 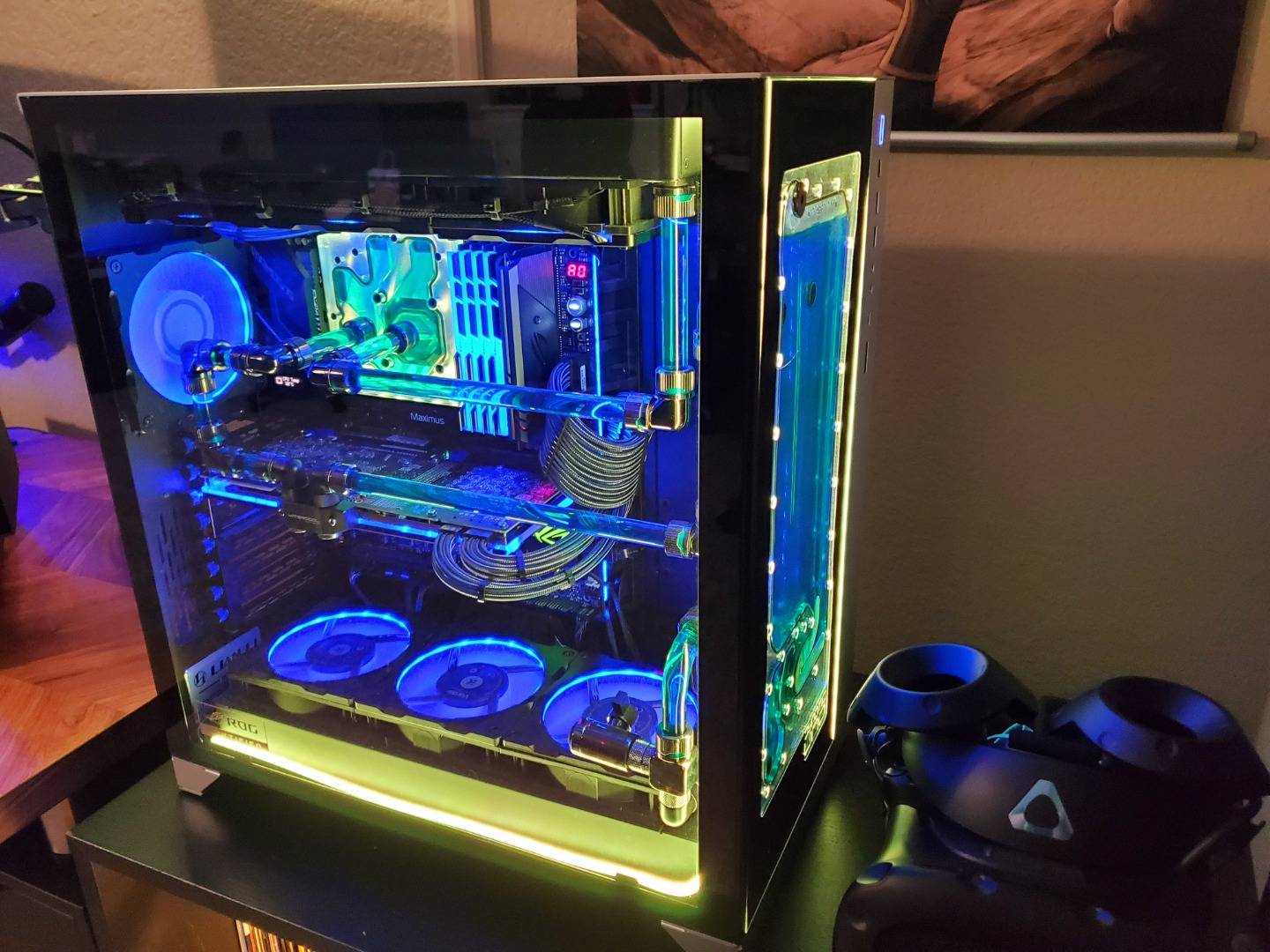 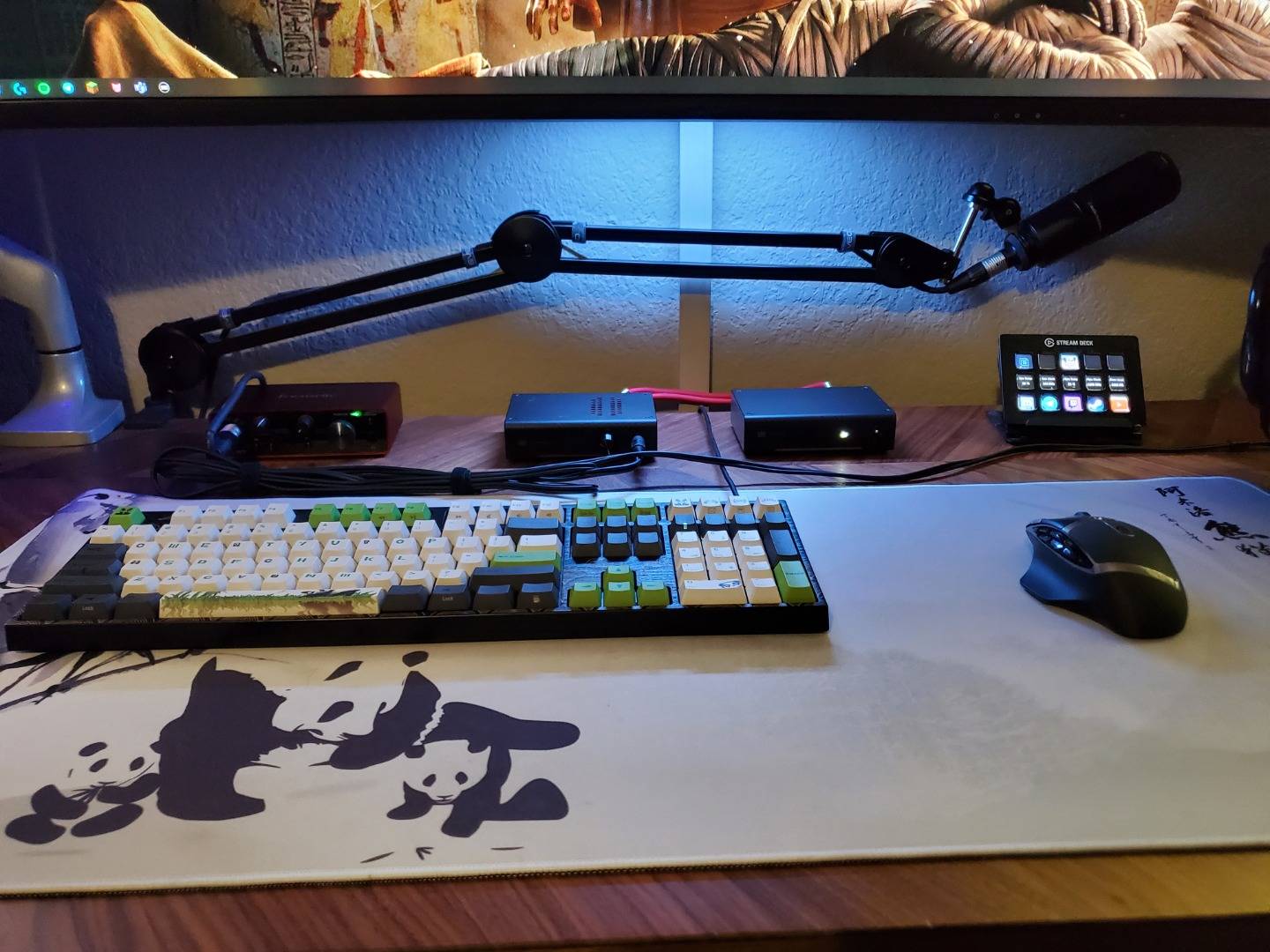 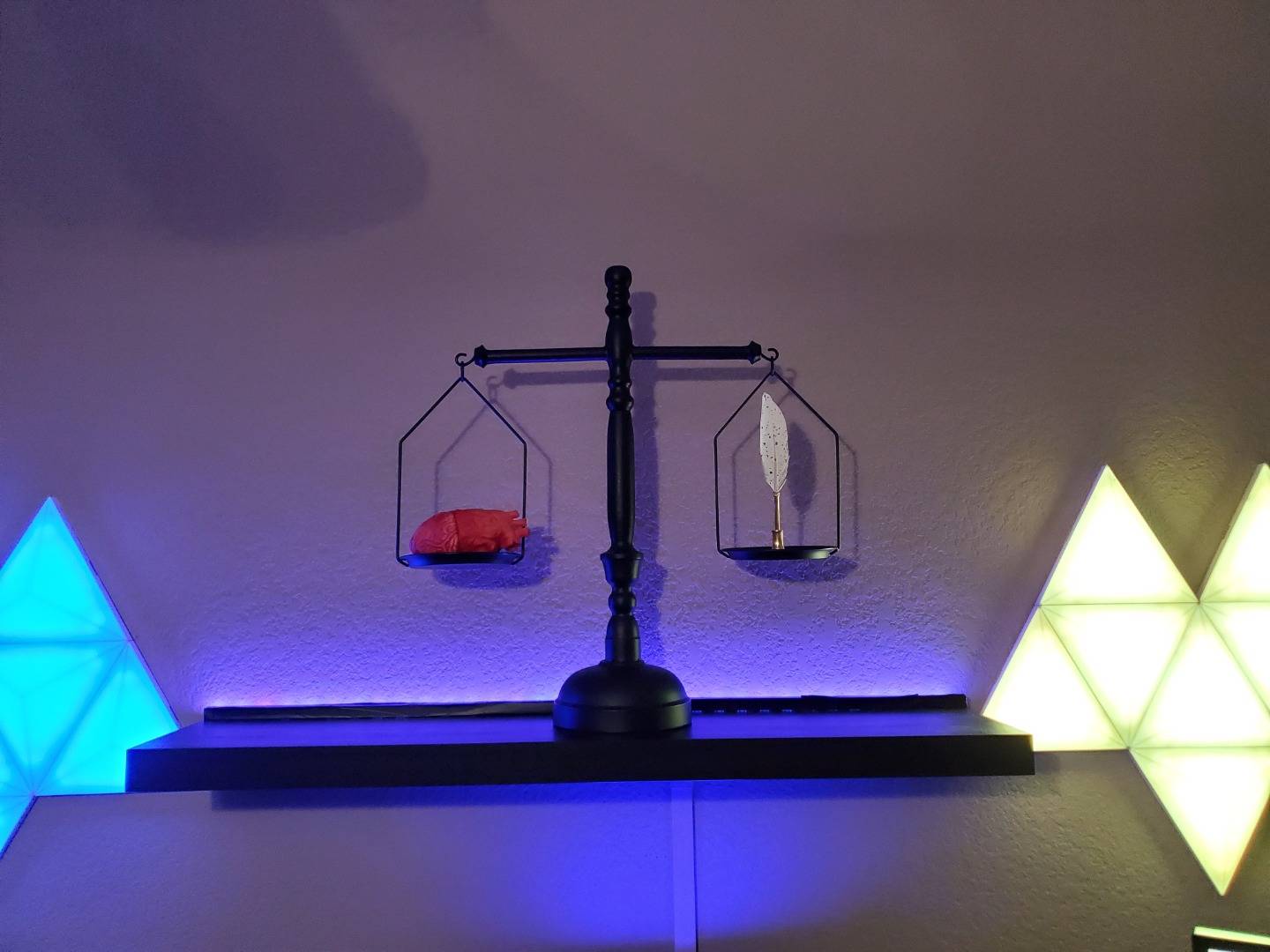 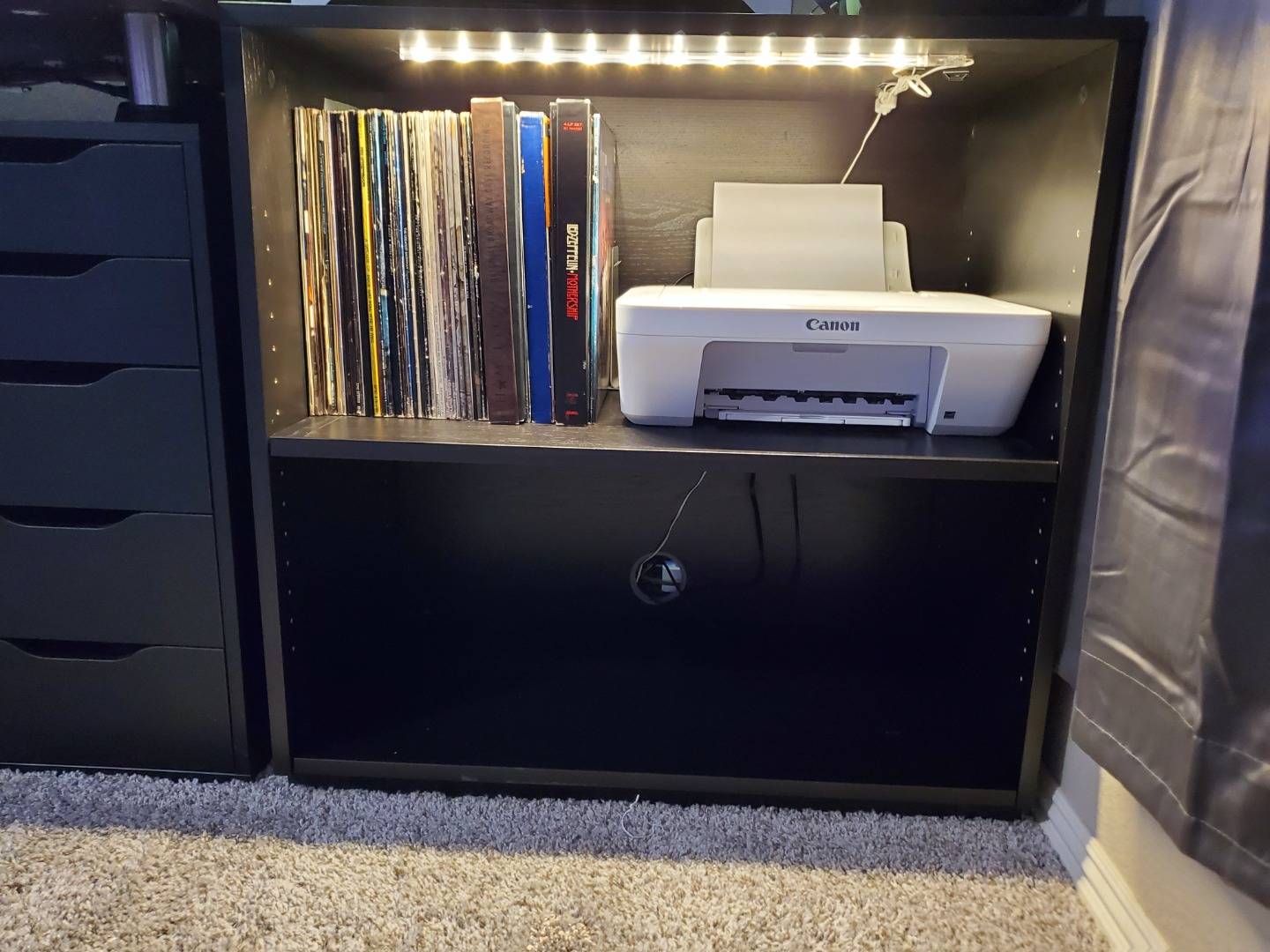 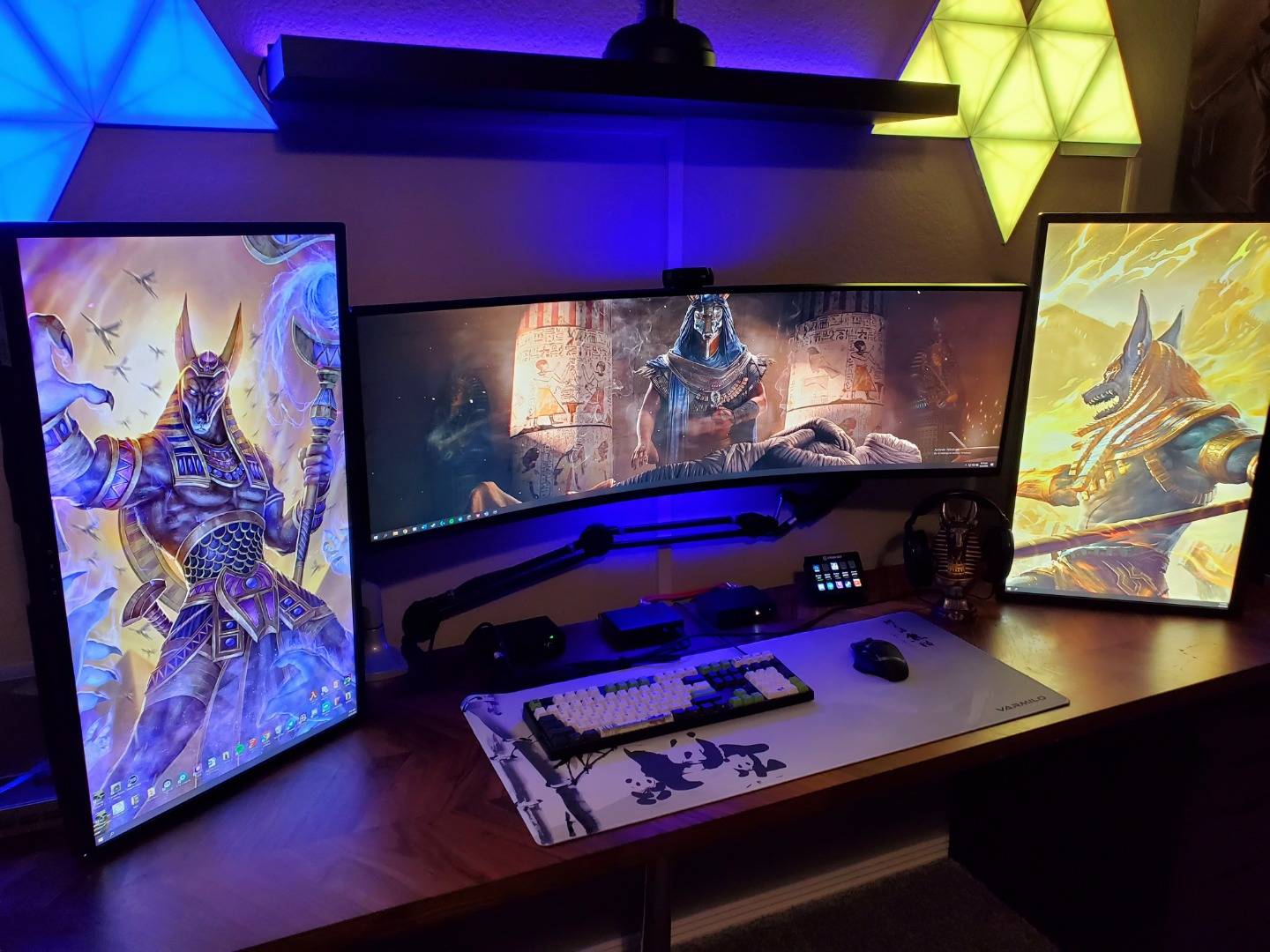 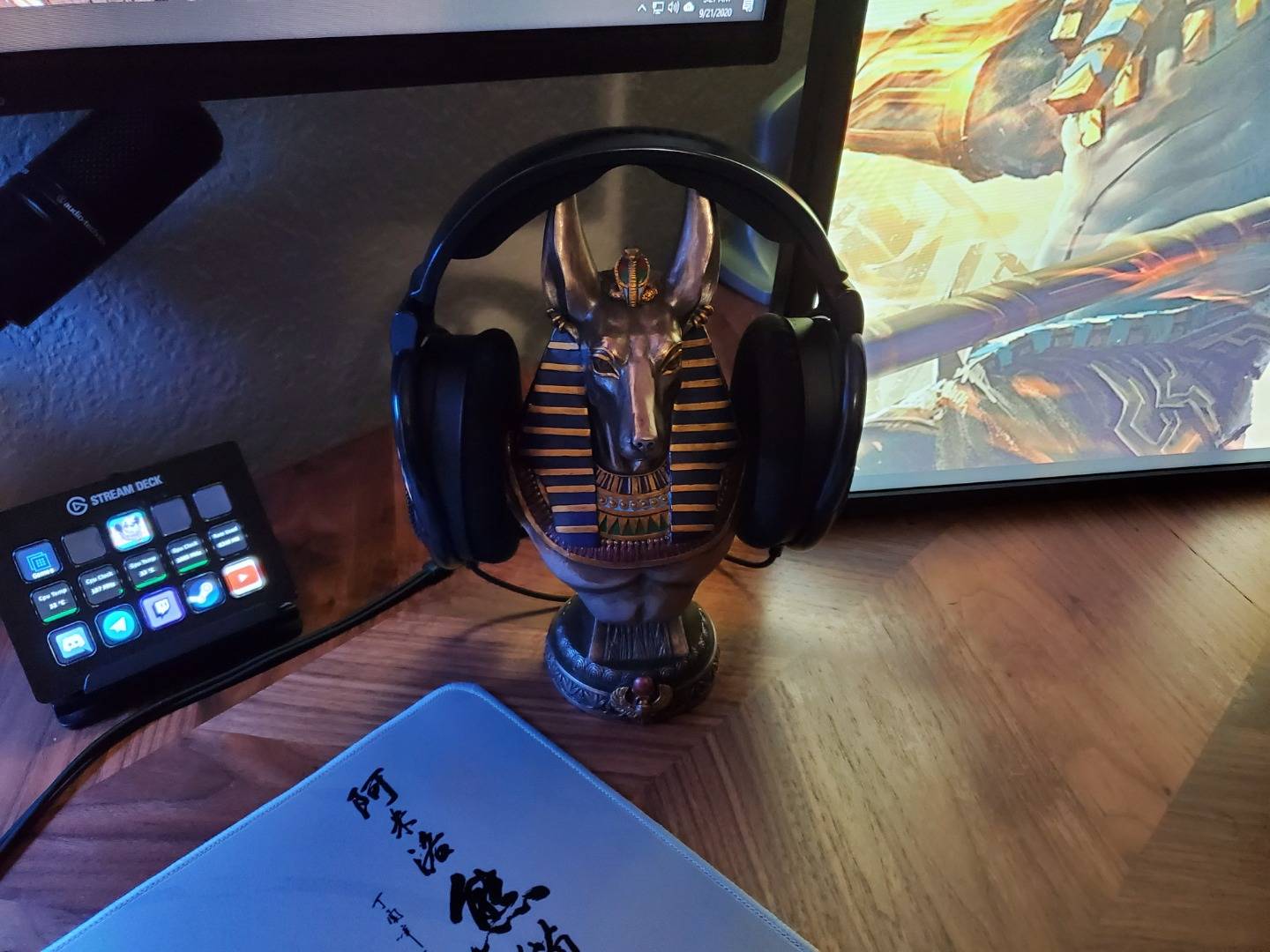 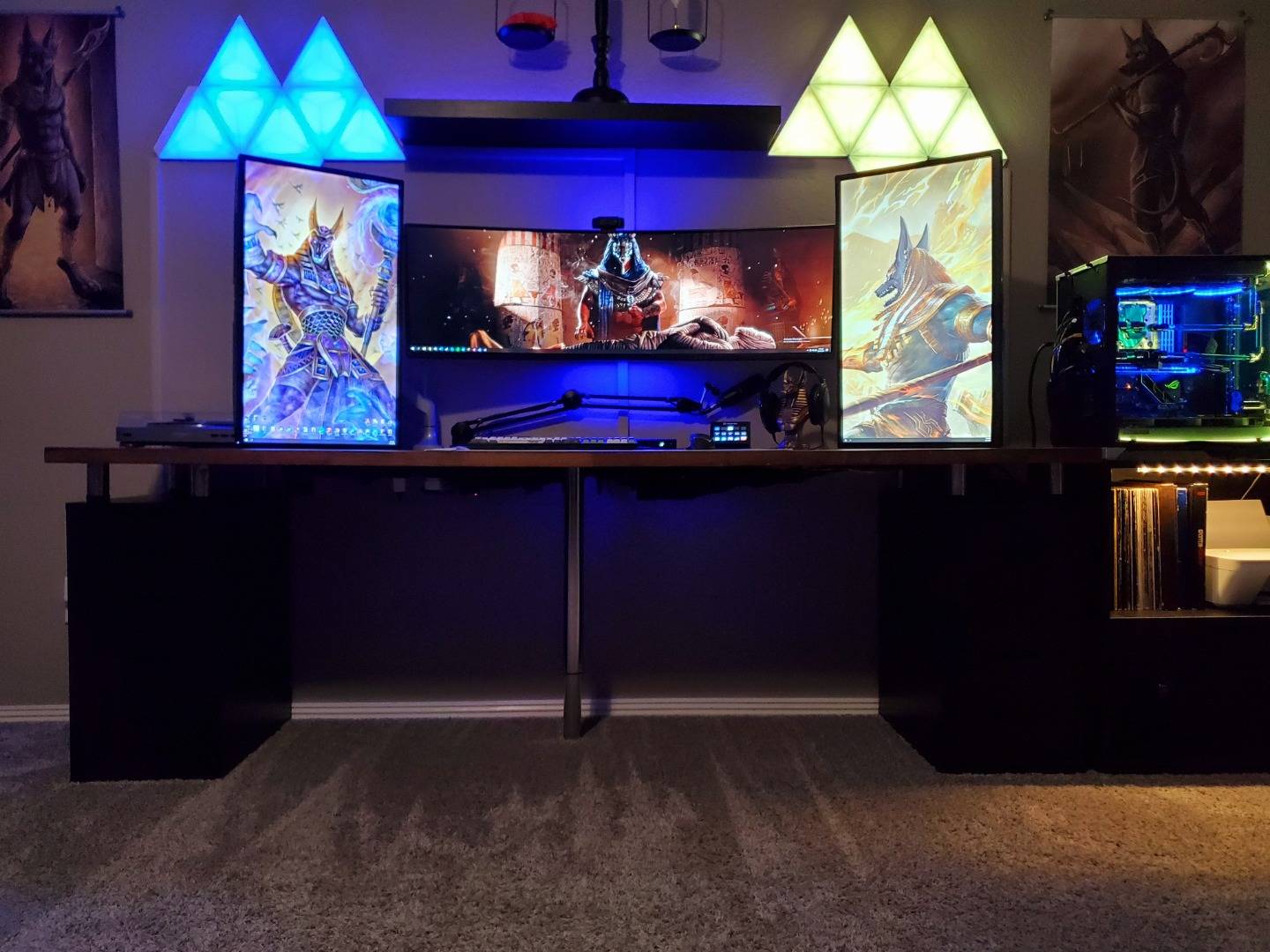