While the guaranteed upgrades to AirPods will make them better, I just can't imagine that Apple won't take things further and announce a second-generation model on September 12th. I'm really intrigued by them having active noise-cancelling; but, as the article points out, it would be a difficult feat without significantly changing the design. Personally, I would be all for that because AirPods have never fit my ears just right. I think it's more likely that we'll see that in the over-the-ears headphone they mentioned. If they came out with those, I'd be all over them.

What features would you be the most excited about? Do you think it's likely that we'll see more than just upgraded AirPods? 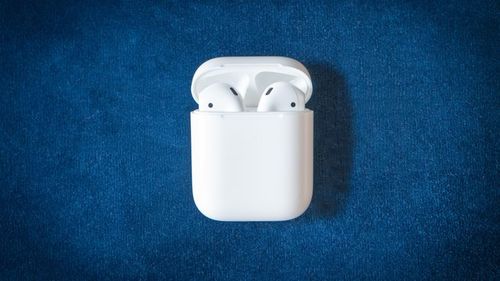 AirPods 2 rumors and more: All the Apple headphone news expected on Sept. 12

New AirPods features and accessories are on deck for the fall -- and we may even see new hardware, too.

Headphones
Sphera September 12, 2018 2:54am
Having a noise cancellation feature would be awesome, but that's not an easy feat to accomplish for earphones. I don't see Apple changing their design, though, since I think AirPods are also about its small size. I don't think this is a market... See more
Reply
FEATURED SETUPS
WFH / Gaming / Chill Setup Ver. 2
mikisslick
15 ITEMs
#GAMINGSETUP#WORKFROMHOME
▲
51
Minimalist Karlby Setup
MisterYorkie
NO ITEMs
#GAMING#BATTLESTATIONS#TECHSOURCE
▲
62
I'm not much of a minimalistic guy.
araarmy
NO ITEMs
#GAMING#BATTLESTATIONS#TECHSOURCE
▲
85
The Big Red
Duuggzzz
11 ITEMs
▲
69
Illest V.1
350zWannabe
30 ITEMs
#CLEAN#GAMING#BATTLESTATIONS
▲
60
FEATURED POSTS
RECENT COMMENTS