The All New Razer Blade 15

Razer announced an updated version of its Blade 15 gaming laptop in addition to a new external graphics enclosure called the Core X.

As for the internals, the Blade packs some of the best Intel and Nvidia have to offer, but Razer also created a vapor chamber cooling system, which cools the system more efficiently allowing users to push the system beyond recommended specs through overclocking. When it comes to customization, users can install up to 32 GB of RAM or put in a 2 TB hard drive. 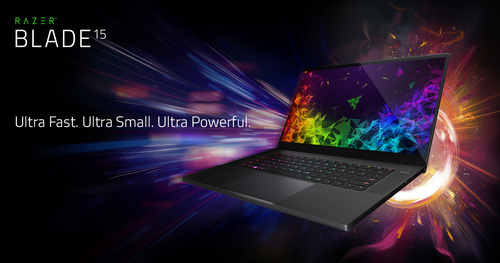 The All-New Razer Blade gaming laptop is now even more compact and powerful, featuring a larger 15.6 edge-to-edge display and a 144Hz refresh rate, powered by an 8th gen Intel Core i7 6 core processor.