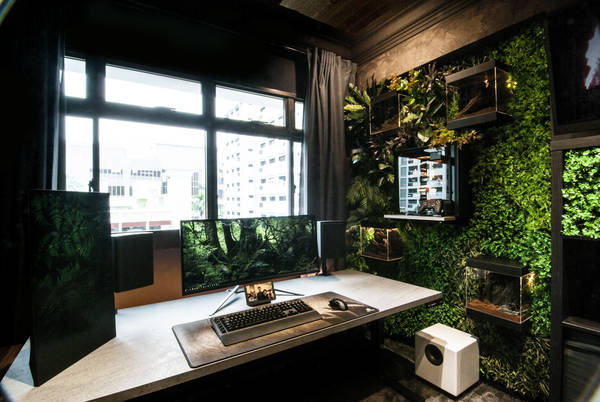 Love nature, but love tech too? Yep that's me. That's why when the time came to build my gaming/work setup, I tried to make the best of both.

Because of dad's recent passing, I had decided to move back to my parent's place to give my mom all the support I can. My dad also loved seeing me build stuff, so this build is also a tribute to him. I had never built anything home-related before, so all these is pretty much a first for me. Thankfully there's Google, and I loved how it turned out. This is for you, Dad!

The plan
-------
I already had lots of tech stuff to move back home, so the plan is just to build this gaming/work cave as cheaply as I can. I try to save and reuse things where possible ( the ceiling and wall panels are all recycled from my old cupboard), but I don't scrimp when it comes to the stuff that I feel matter. I outline the plan for each section here. details can be found when you click on the tags.

I was planning to start with a minimalist theme, but I realised that wouldn't be practical with the amount of work I needed to do, the surround sound system I am setting up, and the sound absorption and diffusion I would need. Hence the decision to make a nature/cozy theme. I love nature, and keep a few pets I needed tanks for. So I ended up with the idea of mounting the PC to an alcove in my room, placing a few tanks around, and filling the rest with fake plants.

The end goal is to create a system that would play music on stereo well, and provide complete 5.1 surround immersion for games/movies. With some extra foliage, I managed to hide the rear surround speakers in the Kallax shelves for extra cleaniness points! The design of the room is to minimise flat surfaces as much as possible to break up standing waves while keeping a clean look.

My daily workhorse provides enough computing power for my daily work as a web developer, while still being able to run most modern games at 80-100fps on ultra. I wished I had gone for a custom loop at the start, but it's my first build and I wasn't confident.

A standing desk is something I always wanted. With the long hours I work, sitting too much is just bad for my back. A standing desk is a godsend when it comes to preventing back pain. I bought the frame and got the tabletop custom-made in 200cm x 80cm to fit my needs.

#CONTEST2019#BATTLESTATIONS#GAMING
Commissions may be earned from the links below.
VIEW
36
ITEMS
3
POSTS
10
12849
1
ViewSonic VP2768 PRO 27" 1440p Monitor with 100% sRGB Rec 709 14-bit 3D LUT and Color Calibration for Photography and Graphic Design
One of the most best monitors for color work, this was my first good monitor I purchased for doing graphical work.
Add a Comment
Predator X34P 34" UltraWide QHD Display Gaming Monitor 3440 x 1440 HDMI DisplayPort Audio out and USB Hub 3.0x4 (1up 4down)
I wanted an ultrawide, and picked this because despite being a pretty solid gaming monitor, color accuracy is right up there with the best.
Add a Comment
NZXT H700 - ATX Mid-Tower PC Gaming Case - Tempered Glass Panel - Enhanced Cable Management System - Water-Cooling Ready - White/Black - 2018 Model
I bought this in white, but cut a hole in the top to give better airflow to the GPU radiator. I then took the chance to use a black brushed aluminium decal to change the color completely.
Add a Comment
Dynaudio Xeo 2 Wireless Bookshelf Speakers - Pair (Satin Black)
These speakers are just perfect for a desktop setup! They sound much bigger than they are, and have excellent nearfield performance, which is crucial for a desktop setup. Downward-firing ports and custom DSP settings also mean they are very flexible with placement and do not need a lot of room to breathe. They are pricey, but well worth it!
Add a Comment
Audioengine HD3 60W Wireless Powered Desktop Speakers, Bluetooth aptX HD, USB 24-Bit DAC &amp; Analog Amplifier (Walnut)
My first good stereo speakers, these little babies are the perfect size for a desktop setup. They only lack in bass, which is easily solved with a subwoofer.
Add a Comment
Logitech G613 Lightspeed Wireless Mechanical Gaming Keyboard, Multihost 2.4 GHz + Blutooth Connectivity
I love everything about this keyboard, it performs like a proper gaming keyboard should be, minus the cable! Battery life is a ridiculous 18months, so it's as hassle-free as a wired keyboard.
Add a Comment
See 30 more items
Share this setup
 Copy
Setup Comments
Add a Comment
Giomenia March 30, 2020 6:01pm
I like it
Reply
Lechon March 30, 2020 6:06pm
I LOVE the vibes and the feeling of the Setup, beautifully executed, also loving the history behind It, your dad is very very proud of you, keep the good work dude.
Reply
Sukhman March 31, 2020 10:51pm
This is hightech setup
Reply
Lucifer79 April 1, 2020 2:37pm
wow amazing setup
Reply
Yeetusdeletus April 6, 2020 5:11am
gren=monkey=<3
Reply
Ghostkix April 13, 2020 1:41am
This is amazing and impressive work you have done here. Can you tell me which or what kind of fake plants you used or where did you get them Thanks.
Reply
Cerberus April 24, 2020 1:49pm
yea, I wonna know it aswell :) this setup looks awesome!
Scoobyslippers July 7, 2020 5:22pm
Try looking at screening hedges
Johnwmonk April 26, 2020 3:18pm
Love the way how your PC is coming out of the grass-nature bit
Reply
Snowyjoeyy July 25, 2020 2:06pm
love it
Reply
Community Posts
Posted in General by Kelvinlee February 15, 2020 7:39am
News & Discussion

It's Valentine's Day! And I wanted to build my wife a PC as she has been nothing but supportive of my work and dreams. She's not a gamer, but got into gaming as she knows I love it, so just that is reason enough for me to want to build her something comfy.
Planning the build was the hardest part. I wanted it to fit in an IKEA Kallax shelf, it has to look pretty with lots of RGB, and be cheap as we can't really afford to spend too much now.
All of the build was sourced from 2nd-hand markets, discount shops, but were all in pretty mint condition. I spent weeks trawling these markets just so I can pick out the good deals. I wanted cheap, but I wanted mint condition stuff too. I tested them on my table first in a really janky setup, and it posted!
With all the parts needed, I set about planning the build. The PSU is hidden behind a old IKEA Kallax cupboard door which I got for $2. I also measured and installed standoffs on the door which will hold the motherboard. I bought longer than standard standoffs so I can tuck cables under the mobo for a clean look, and also drill more holes for improved airflow to the PSU behind.
I then installed magnetic brackets to hold the IKEA-door-mobo-mount upright in front of the PSU. This hides the PSU, and is easy to just pop off the mobo should I need to access the PSU.
I then used a plank of wood from Daiso to fashion a mount for the radiator. I also modified a old USB hub I found lying around into the mount, and added a power switch so my wife now has an IO!
Finally I fashioned a small bracket to hold the GPU as I do not have a proper PCIE slot.
All in all, it was hard but fun to build, and runs decently well. I planned the build to support a much better GPU in the future, hopefully it will be the one I win from #Scooget :p
Once we have a new GPU, it will just be a case of popping it in, and I will do some proper watercooling for it and setup a glass panel in front. Right now it's just running like a test bench, but temps are really low!
The wife was ecstatic when I finally told her this build is actually for her. We spent Valentine's Day just gaming together for the first time over some beers. Totally worth it!
Nature meets tech
Chiang February 16, 2020 3:24am
That's really something different for Valentine's day and plenty of love from a guy but you must still present her with virtual roses on your screen wallpaper 😂 Best wishes for the giveaway!
Reply
Kelvinlee February 16, 2020 3:15pm
Aw crap That would actually have been nice 😂 Next year then!
Posted in General by Kelvinlee December 16, 2019 3:55pm
News & Discussion 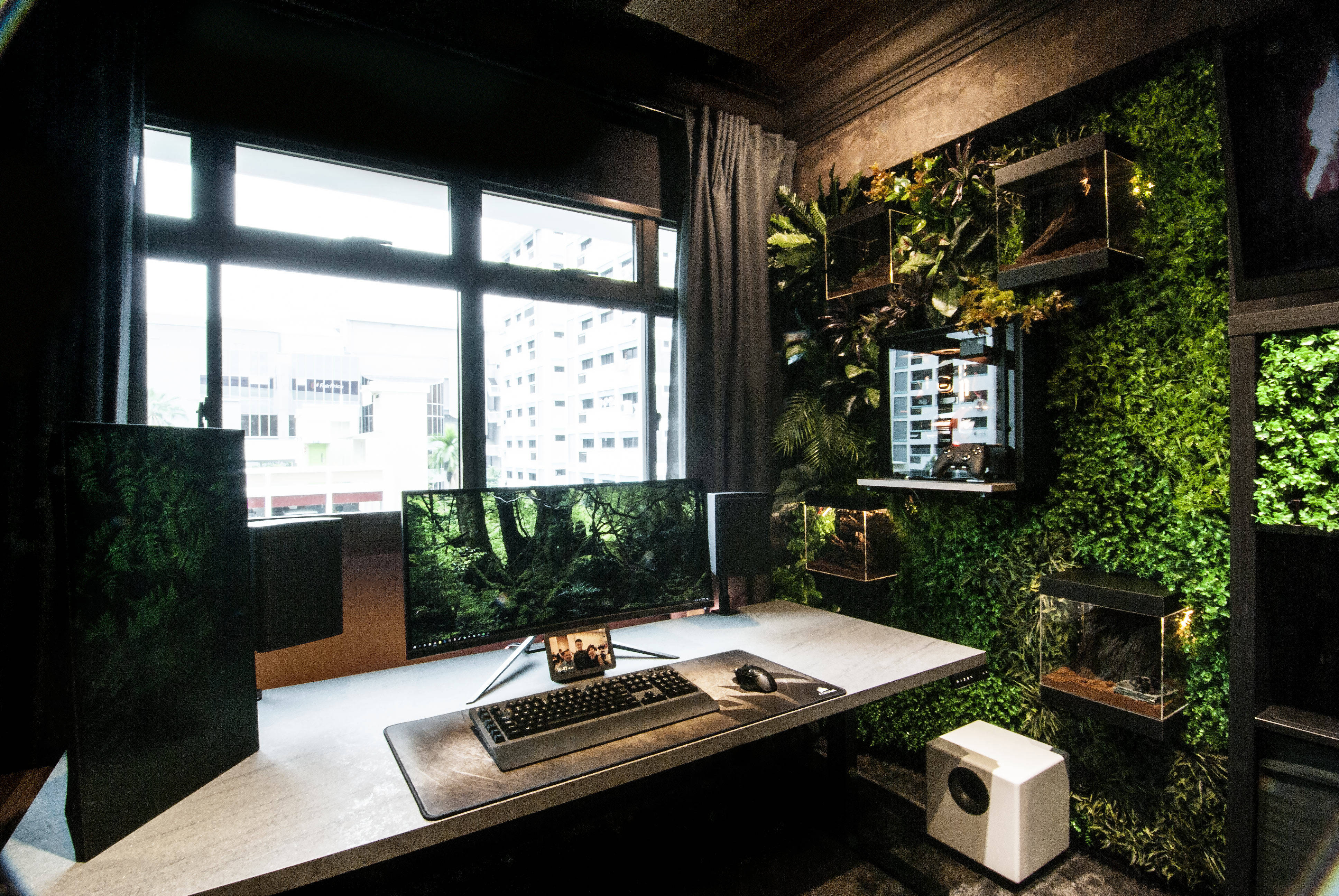 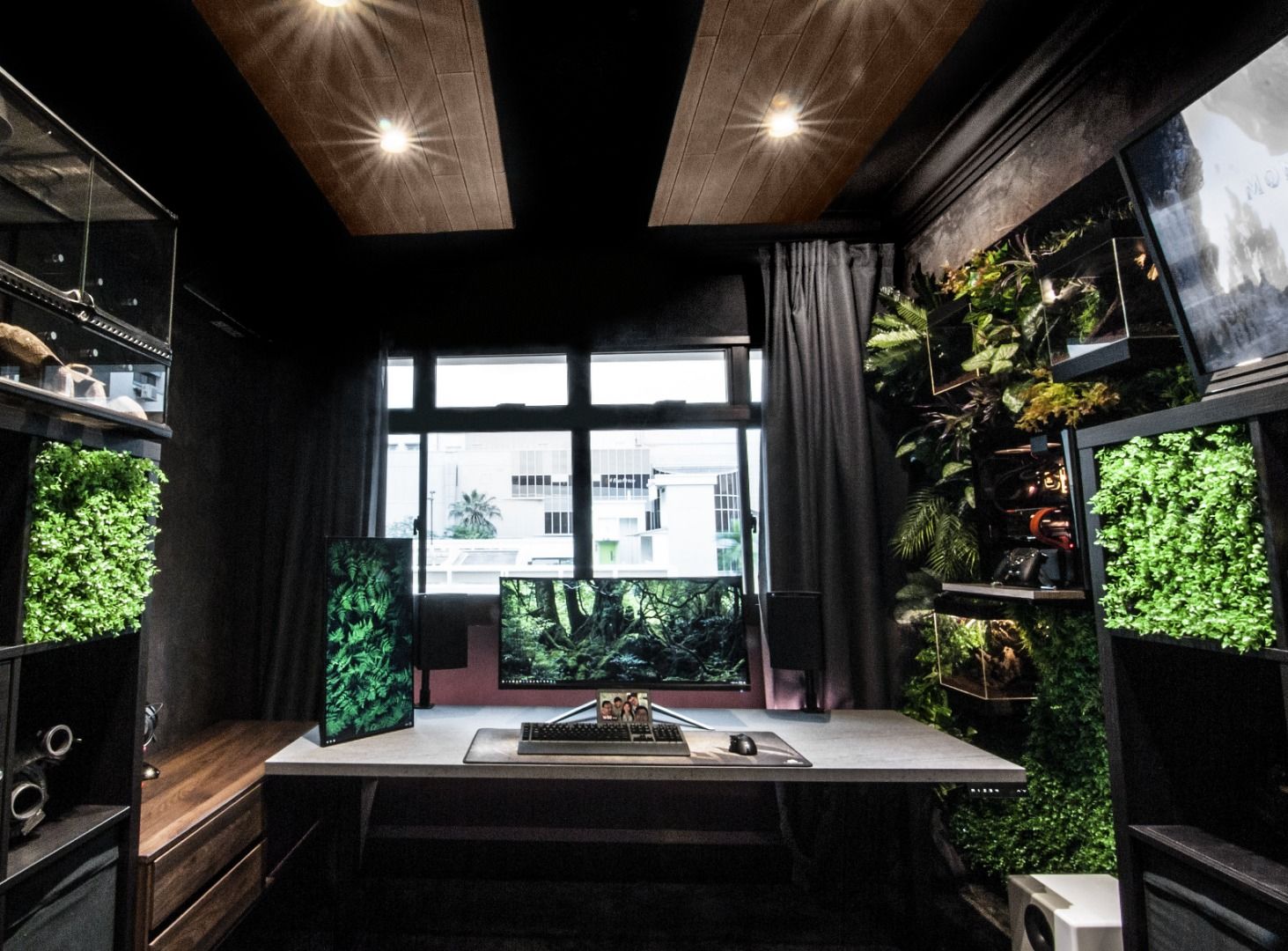 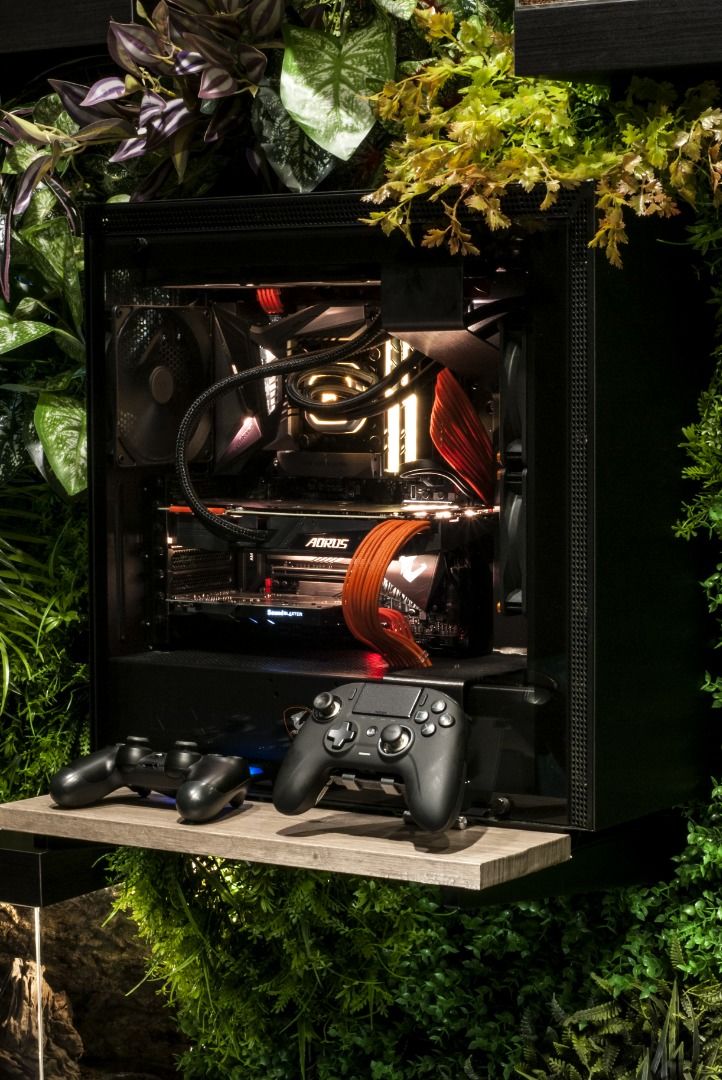 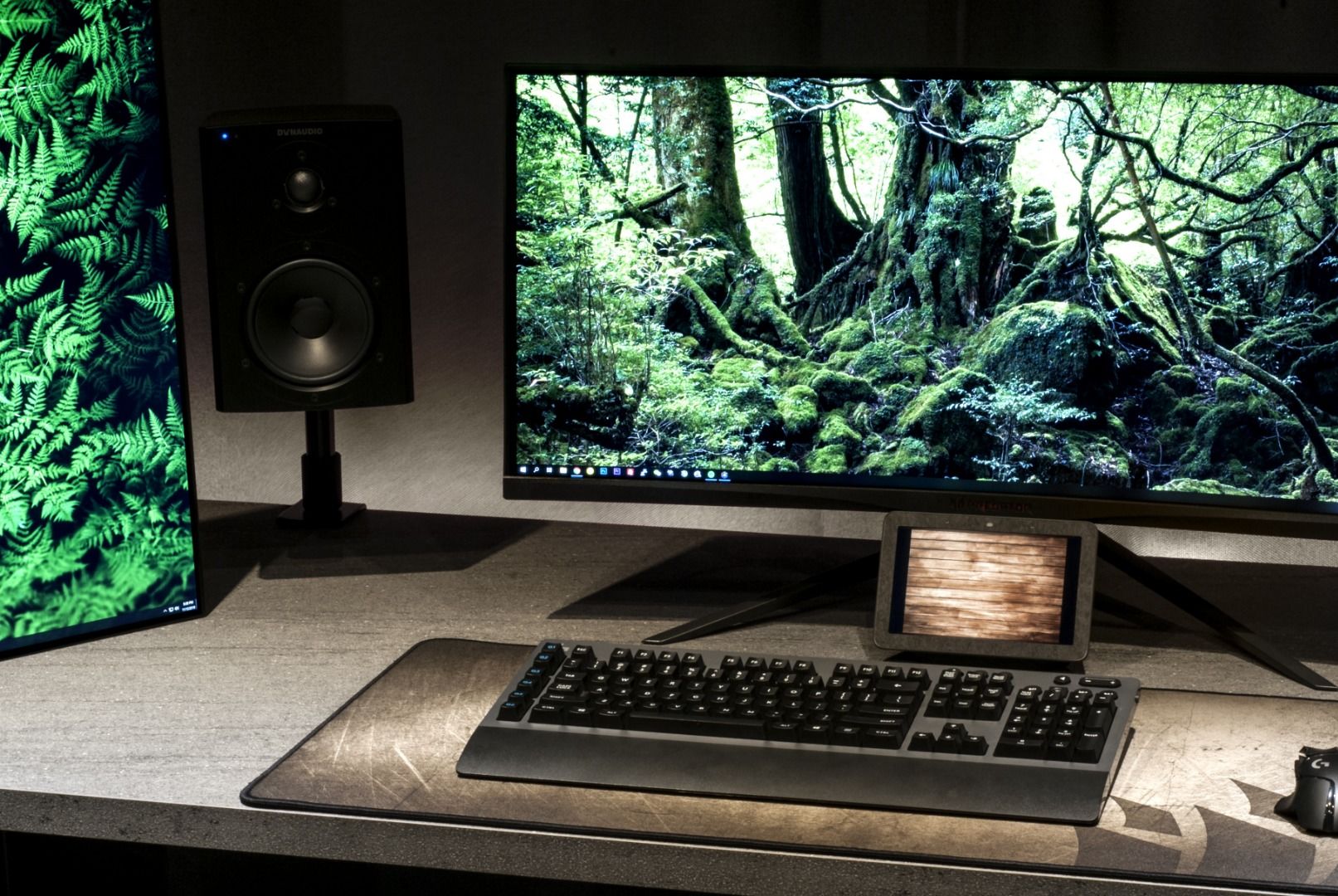 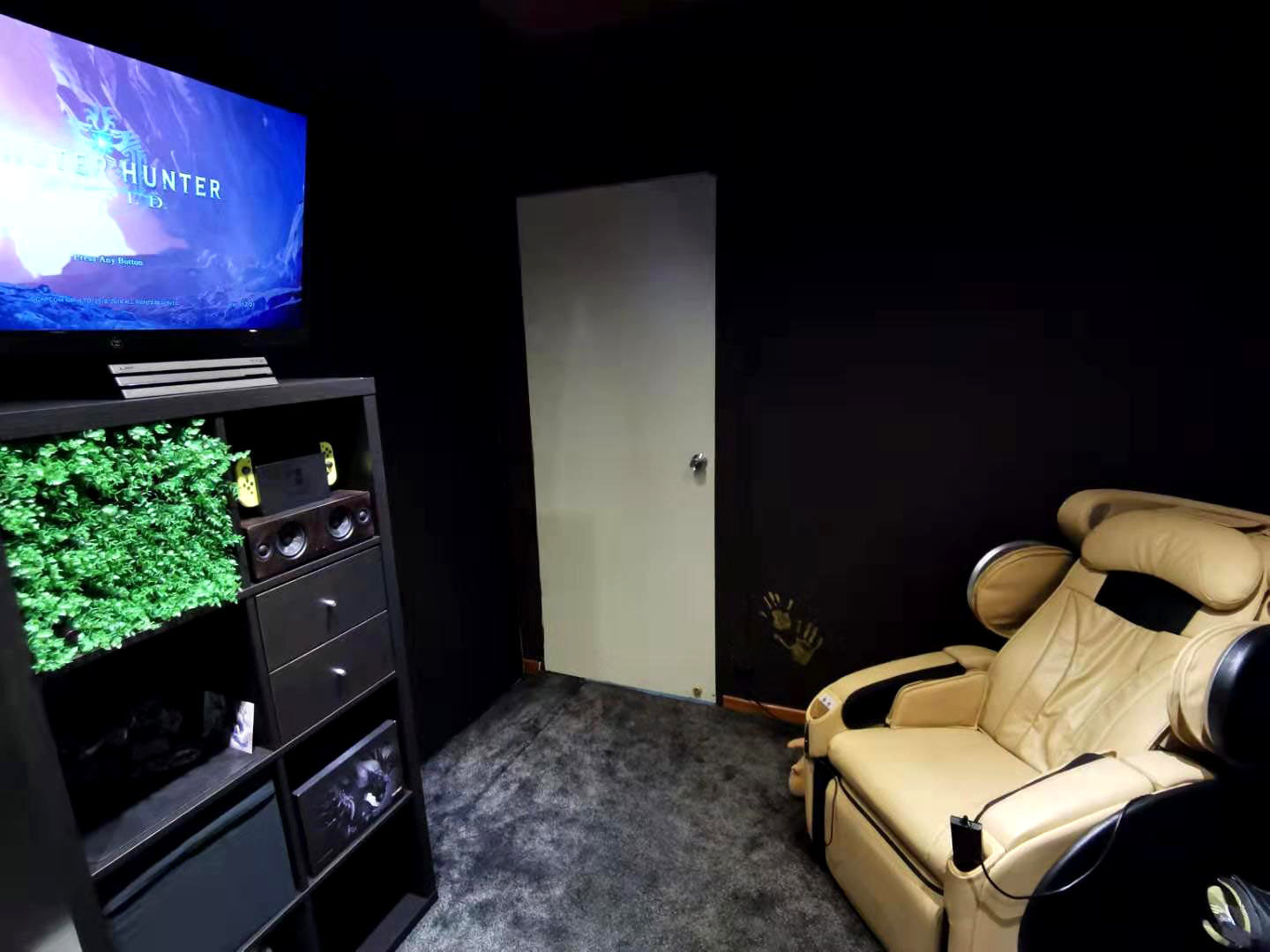 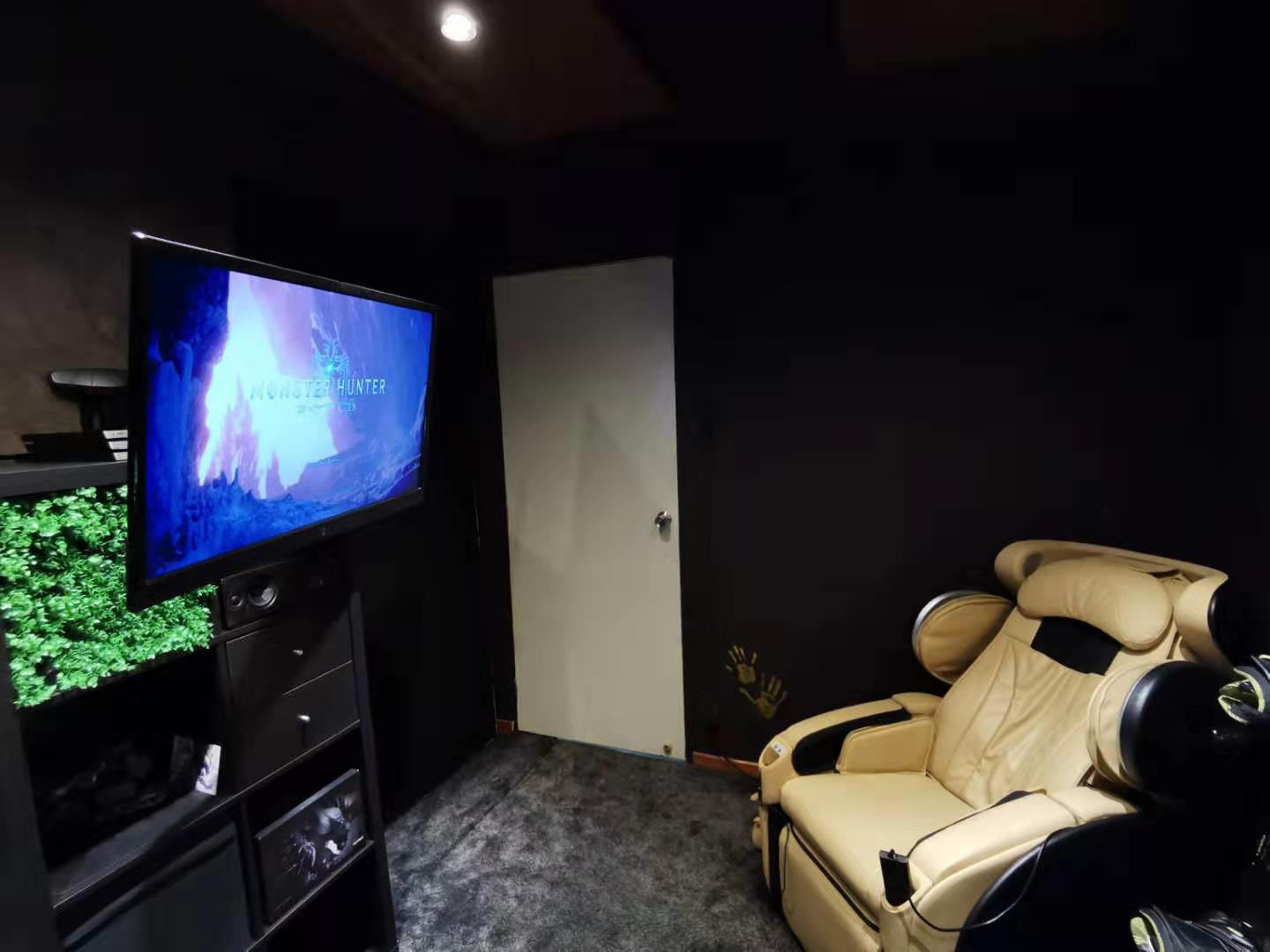 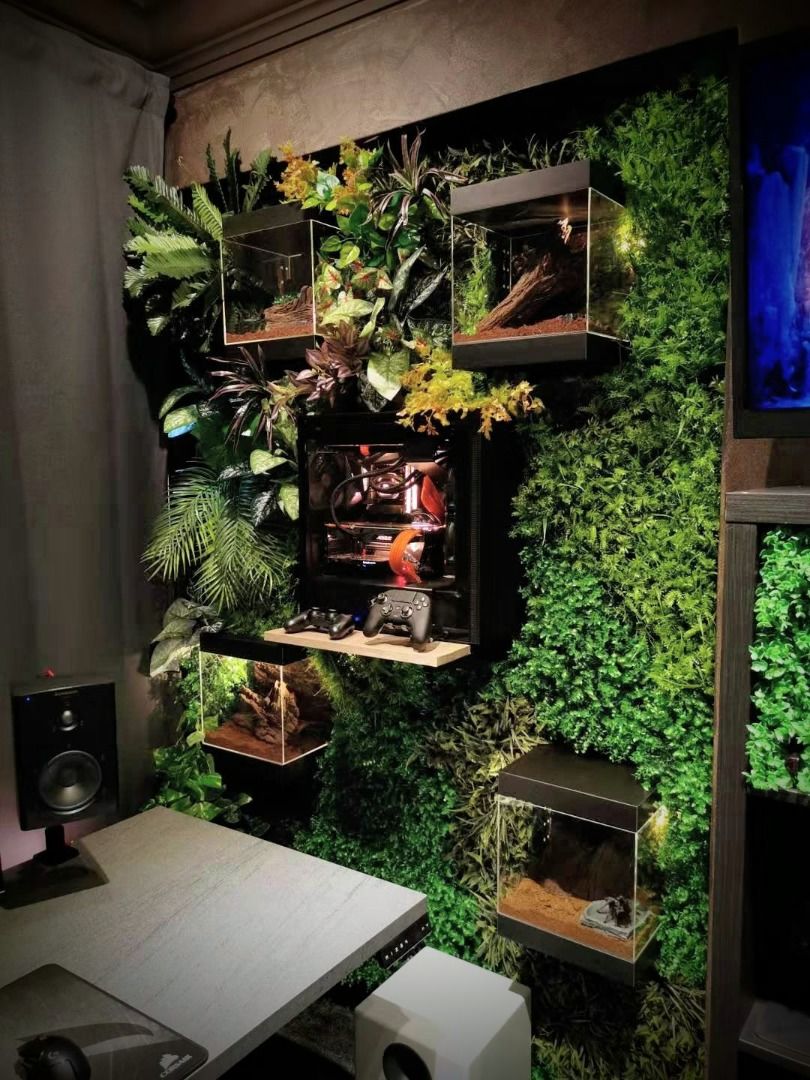 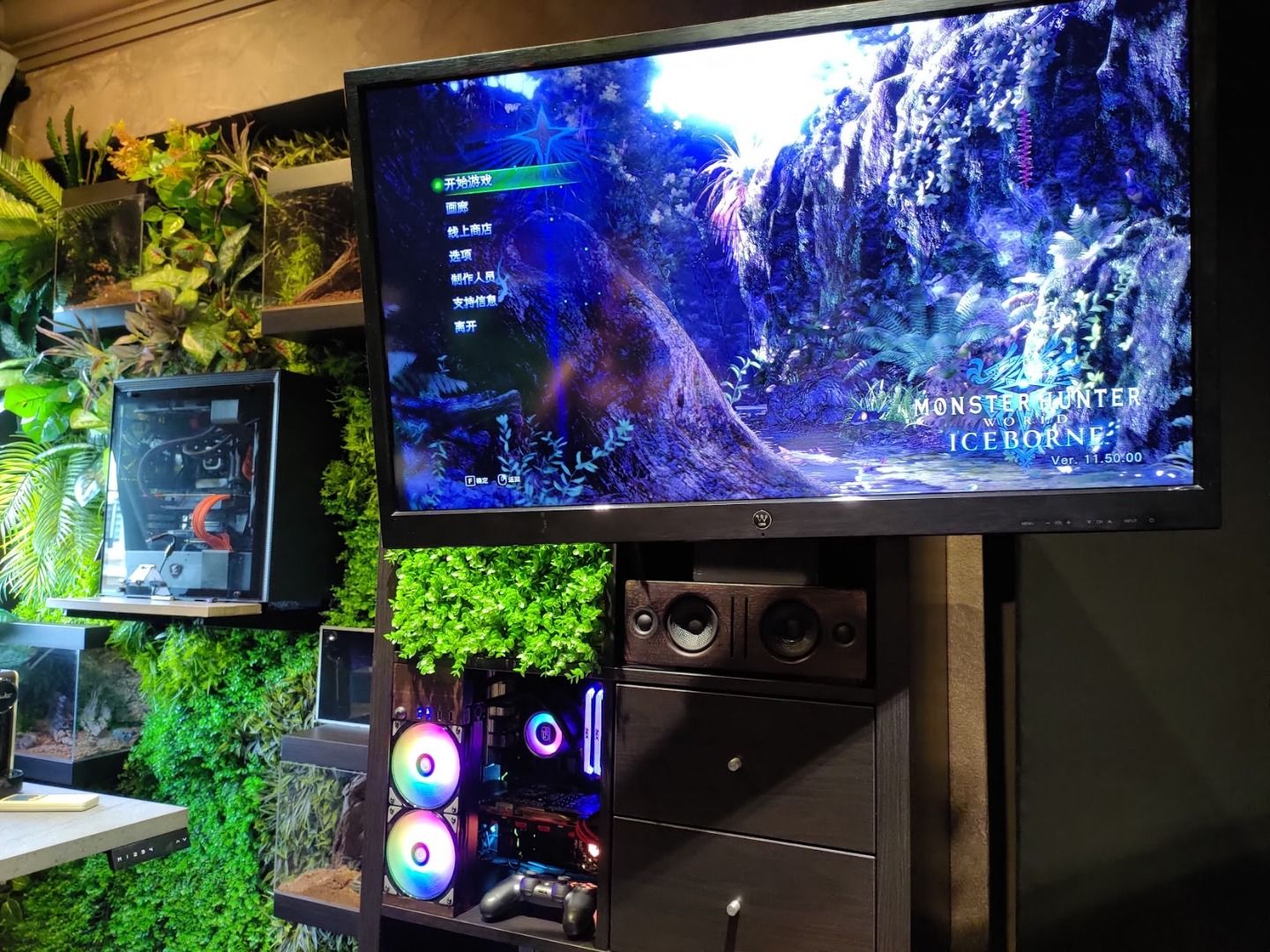 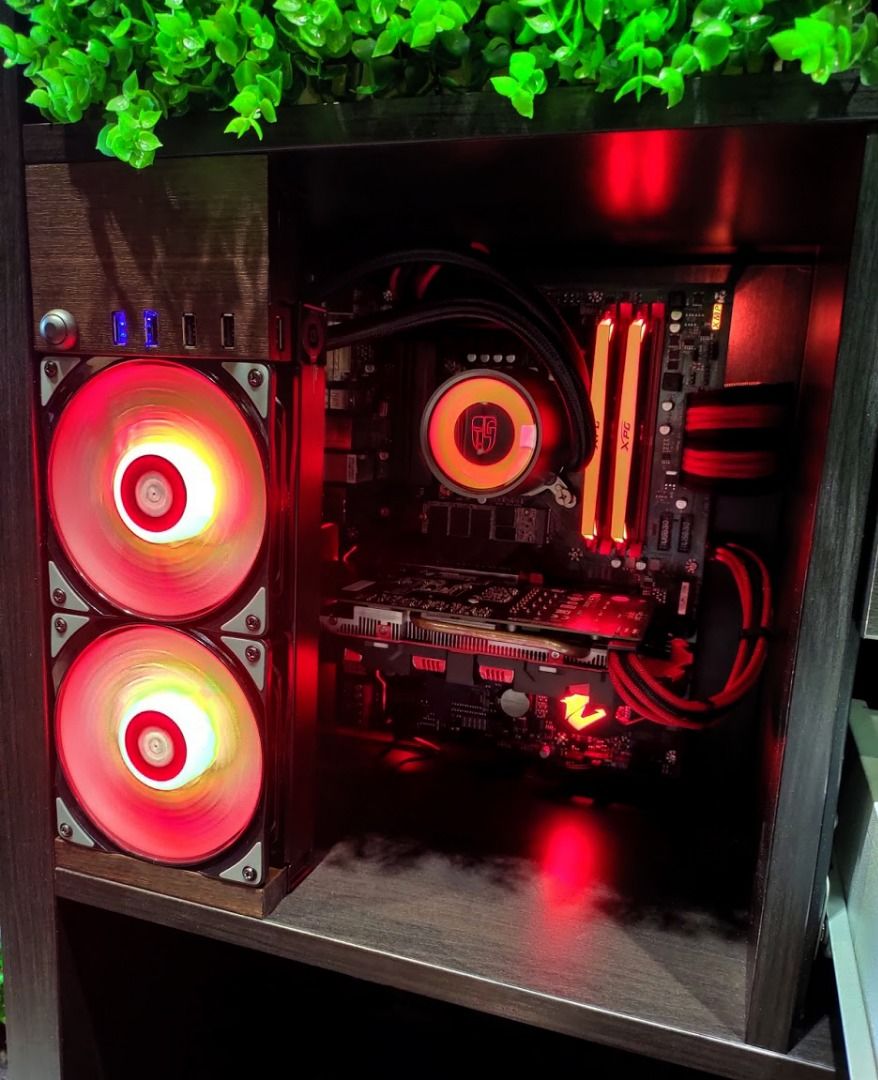