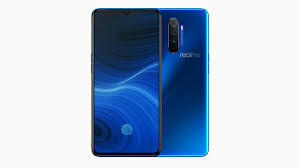 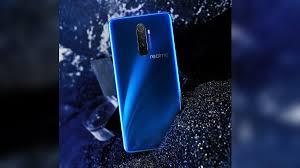 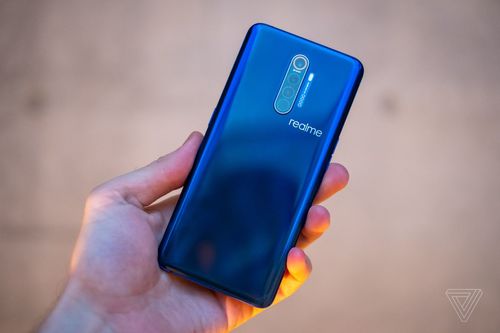 This $380 Realme X2 Pro is a Legitimate No Compromise Flagship

When you’re presented with a smartphone that’s just as powerful as flagships from the likes of Samsung and Apple yet 50% cheaper, you tend to be sceptical. In this case, you go on a fault-finding mode rather than an objective analysis of what it has to offer. It’s not a state of mind to make a purchase decision but it’s a state of mind that you can’t just shake off. This scepticism is what plenty of people felt with the Pocophone F1 last year. It’s a feeling that’s bound to be replicated with the Realme X2 Pro - a $380 smartphone that can go toe-to-toe on paper with the $1,000 Samsung Galaxy Note 10 and the iPhone 11.
Like the Pocophone, Realme is a start-up eager to make a name for itself in a world dominated by the goliaths like Samsung and Apple. This is probably why their first foray into flagship territory has been designed to make an immediate impact on the entire industry. It’s a total package of raw power and design that anyone in the market for a new phone this year would find it difficult to look away.

Build Quality and Design are Par for the Course

Let’s start with what’s perhaps the weakest point of the phone – the design. It's uninspired, to say the least. The teardrop notch in front has been done before by countless other more established brands. For the untrained eye, it would look exactly like the well-received OnePlus 7T.
The back of the phone is much of the same story. It's made of glass with glossy metallic colour. Again, the sheen is extremely similar to other phones that people already have in their hands.
As for build quality, it's fair to say that it's par for the course with the current generation of smartphones. This means its aluminium frame is sandwiched between two slabs of strong glass. But, however strong these Corning-branded Gorilla glasses are, they’re both still not shatter resistant. One bad fall should be all it takes to crack either of them. A minor one, on the other hand, would surely scratch them.
Knowing that it is in this particular aspect that the Pocophone chose to cut corners makes the Realme X2 Pro standout in the budget flagship space. For a sub-$500 device, this phone has become the no-brainer choice for anyone who doesn’t mind brandishing a no-namer phone.
What it’s got going for it is that the screen isn’t bent like most phones these days are. It’s simply flat. This makes it less prone to accidental touches compared to its peers. This, however, has a downside. It makes the screen unnecessarily sharp which, for certain users, might cause some discomfort.

When it comes to raw power, this phone is an excellent performer. It comes equipped with the latest and greatest from Snapdragon – the 855 Plus. In comparison, the Galaxy S10 devices only have a Snapdragon 855. Just having this particular chipset onboard automatically makes the Realme X2 Pro a cut above any the Samsung flagship. It should, therefore, be able to run any app on the Google Play Store very well with some room leftover for multitasking.
The storage options also have subtle improvements that will delight even hardcore smartphone aficionados, at least for the mid and top tier phones. The lowest tier only has a 64GB UFS 2.1 storage while the 128GB and 256GB variants have a UFS 3.0 storage. This gives it a slight edge in terms of data transfer speeds and battery efficiency.
As for the Android OS that this hardware drives, it’s a bit clunky. It’s called Colour OS and it’s not its strongest suit. However this can easily be remedied by installing a launcher.
At this level of performance, the phone has become untouchable in the price segment that it’s currently in. The OnePlus 7T, the phone most likely to be compared to it because of performance and capabilities, is more than $100 more expensive.

Not Even $1,000 Flagships Have These Features

Come to think of it, there are a lot of other features on the Realme X2 Pro that aren’t present on a lot of flagships that sell for more than twice the price. The most prominent one has to be the 90Hz screen.
A higher than the usual 60Hz screen is probably the most exciting screen innovation since the OLED came into the picture. The Realme X2 Pro is one of the first and definitely the most inexpensive so far to come equipped with it. It’s not a huge deal breaker if a phone doesn’t have it. But for those who’ve already tried tinkering with a 90Hz – 120Hz screen phone all say that they’d find it difficult to go back to the regular 60Hz screen.
Another outstanding feature is that it comes with Super VOOC charger that can deliver 50W of power to the device. This means the large 4,000MaH batter can be charged from 0% to 100% within 30 mins. In comparison, iPhone users are already singing Apple praises for letting their phones get charged within 120 mins.
This impressive phone is made even more impressive by the fact that you can have it for just $380. Considering what the other manufacturers have in this price range, it’s a ridiculously small amount of money for such a well-specced and decently built device. But then again, branding can drive prices up. Realme just can’t command the type of premium that Samsung and Apple does. They’ve made their reputations, Realme is just starting to lay the foundations for theirs. In a way, this phone is a make or break device for the company.
Can it accomplish what it set out to do? Only time will tell.
Realme X2 Pro
Setup Item